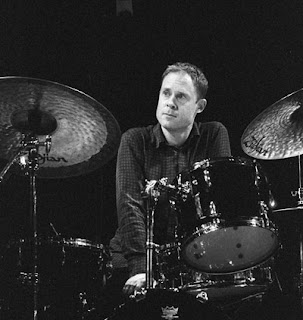 I first discovered Bill Stewart circa 2002 when I saw him play with Michael Brecker and Adam Rogers, and he's been one of my favorite drummers ever since.  So on this, his 49th birthday, I thought I'd post up a few things that I've had sitting in the drafts folder for awhile.


First, here is some trading on the tune "Metamorphosis", from the Peter Bernstein record Earth Tones.  Bill has such a grasp on independence, and internalization of time and form that he can take ideas which, when seen on paper, are actually quite clinical and scientific and give them an incredibly raw and earthy, almost Elvin-y vibe. 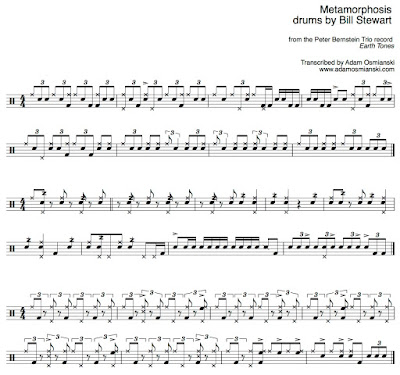 Next is the intro to a Meters-esque tune from The Larry Goldings Trio record called Moonbird.  Here Bill channels his inner Ziggy but in his own, unique Bill Stewart way.