Somehow this blog has gone it's first full year without doing an Elvin Jones piece.  What's that all about?  Let's remedy this situation right now.

Here's a "Latin" groove from the Larry Young album, Unity.  Now, those of you who are regulars to the blog know that generally I don't care for the term "Latin", especially when referring to a very culturally specific type of music.  But Elvin gets a pass here.  A. Because he's Elvin, and B. because the groove he's playing isn't really idiomatic to one specific style.  We can certainly hear the influence of certain Afro-Cuban styles.  Elvin hints at cascara and Mozambique patterns but this truly is what I would consider "Latin Jazz".  There is a unique swing to it that will take some time playing with the recording to develop.

The groove begins at around 0:28 after the march intro. 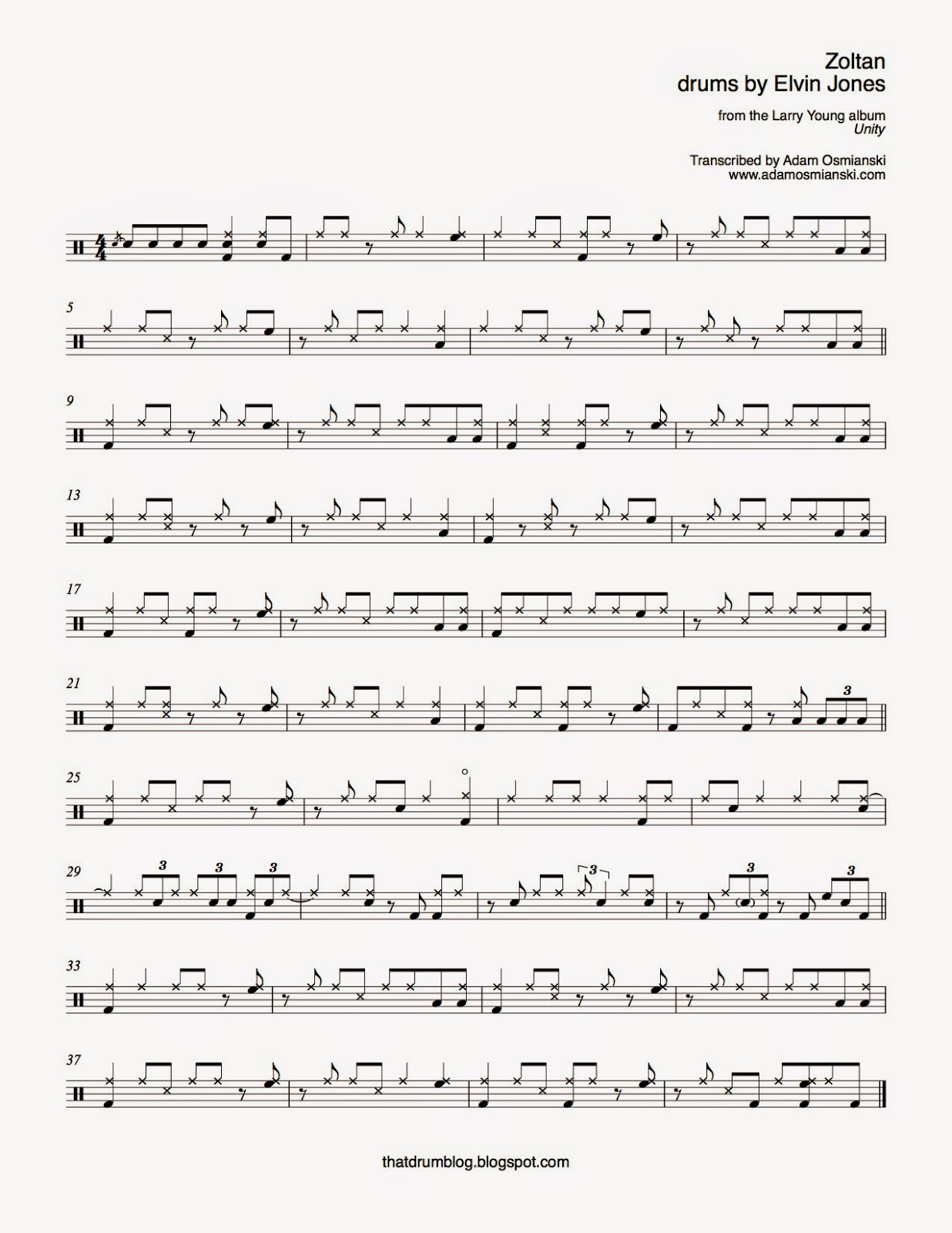 While you're getting this under your hands, there's another great track that you can practice with.  I recently came across a Grant Green album that I wasn't previously familiar with.  Again, Elvin is on drums, and Larry Young is on organ, and this album also features Bobby Hutcherson on vibes.  The album is Grant Green's Street of Dreams, and the tune is the beautiful Charles Trenet classic "I Wish You Love".  The groove isn't 100% the same, but it's close enough to work on the "Zoltan" groove, and is helpful as it's slower, and doesn't go back and forth between the Latin groove and swing section like "Zoltan" does, so you have almost 9 minutes of constant groove to work with.

The whole album is absolutely killer.  I generally advocate buying CDs, but if you're in a crunch for space, or trying to save a few bucks you can get it on iTunes for only $5 and it comes with an extended digital booklet with a lot of nice stuff in it.
Posted by Adam Osmianski at 4:13 PM No comments:

TDB is officially one year old today!  Many thanks to all of you who are reading, commenting, requesting PDFs, etc.  We're not going anywhere any time soon, so keep coming to visit and keep interacting with us.  We love hearing from you!

Please help support the blog by subscribing and sharing your favorite posts on social media, with your students, and fellow drummers.  Thanks for your help!

-Adam
Posted by Adam Osmianski at 3:26 PM No comments:

I love Turner Classic Movies.  It's often on during my couch practice.  I also really like Judy Garland.  Seemed like a fitting WW to start off the new year. 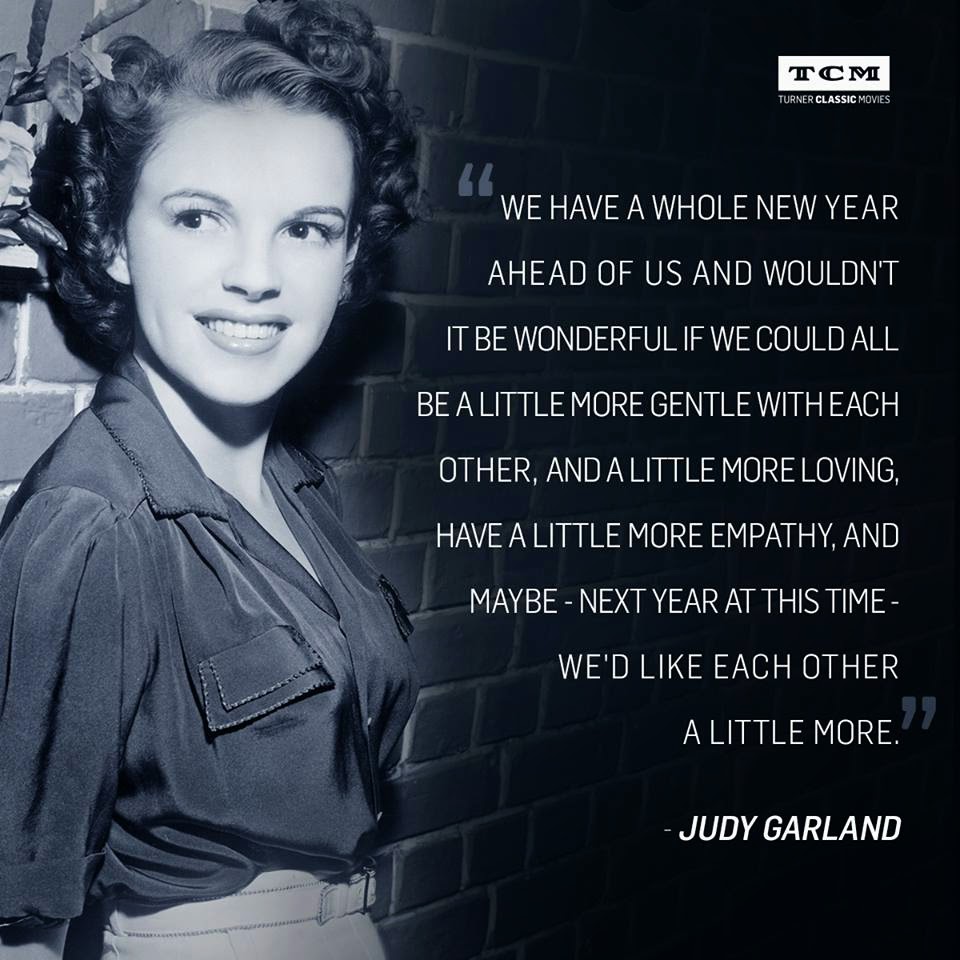 Posted by Adam Osmianski at 8:44 AM No comments:

Happy New Year, faithful TDB readers!  Here's a simple little exercise to help you shake the dust off and ease back into your regular practice routine now that the holidays are over.

In addition to my regular, focused practice, I often spend some time in the evening doing some fundamental hand work on the pad while I'm watching a little TV before bed.  I generally don't read any etudes or exercises, or even open a book during this "practice".  Rather, I just keep my hands moving; repping rudiments, long rolls, etc.  While I often use a metronome, there are two things that I do differently with it in this evening practice:

1.  I turn the metronome volume down VERY low.  This serves two purposes.  Most importantly, I can hear the TV.  Secondly, I find it helps me to internalize tempos and feel the time rather than follow it.

2.  I almost never change the tempo.  I simply turn it on and let it go so that I spend a lot of time with one tempo and really internalize it.

Because of #2, I tend to do a lot of metric modulation.  This allows me to work different tempos without changing the metronome, and also build confidence in implied times.

Below is an exercise I like to play a lot during these couch practice sessions.  It employs combinations of paradiddles, and their three inversions, applied to a very basic metric modulation.  It's simply a bar of 16th notes followed by a bar of sextuplets, where said sextuplets are played in groupings of four notes.

Give them a try while you watch all the remaining bowl games. 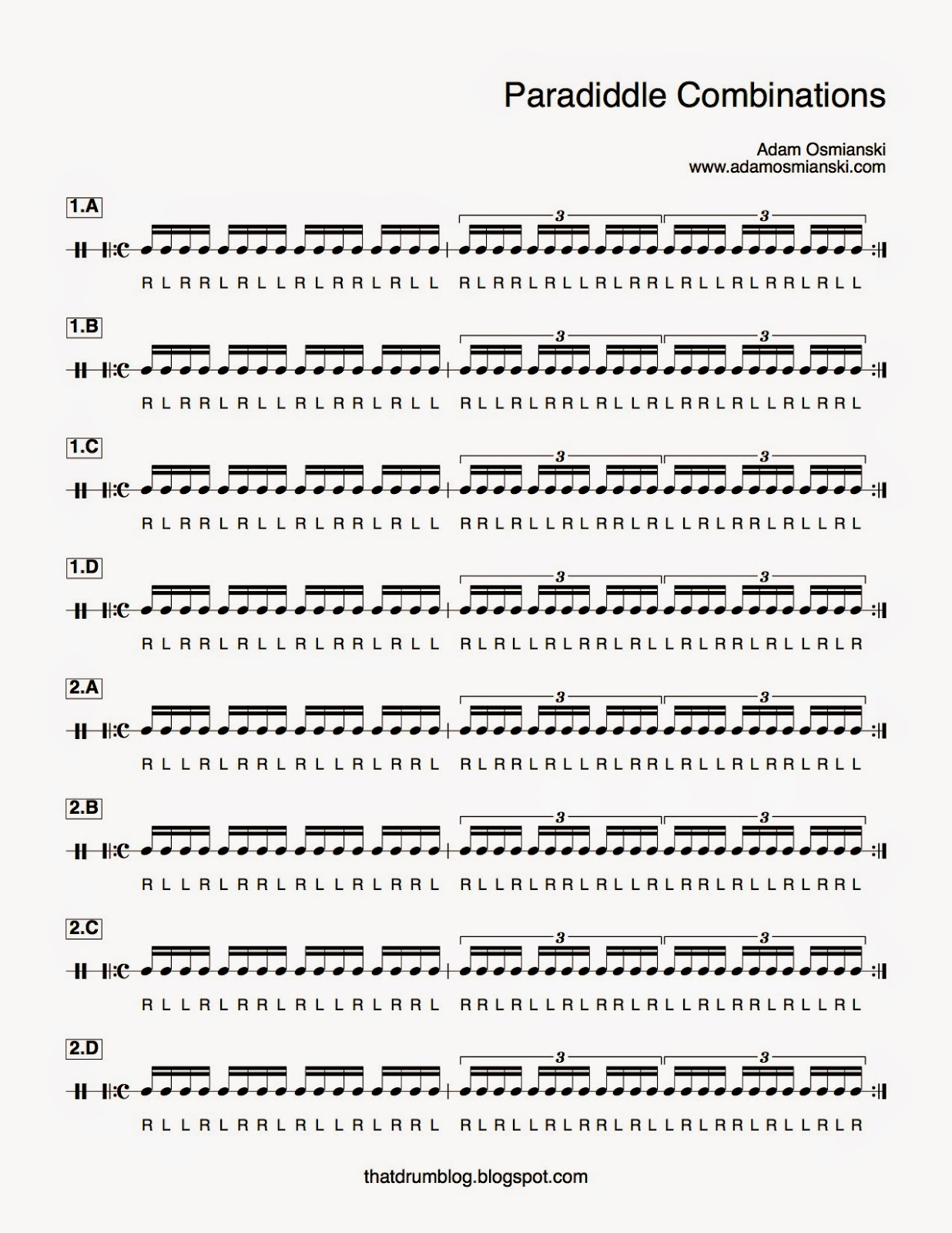 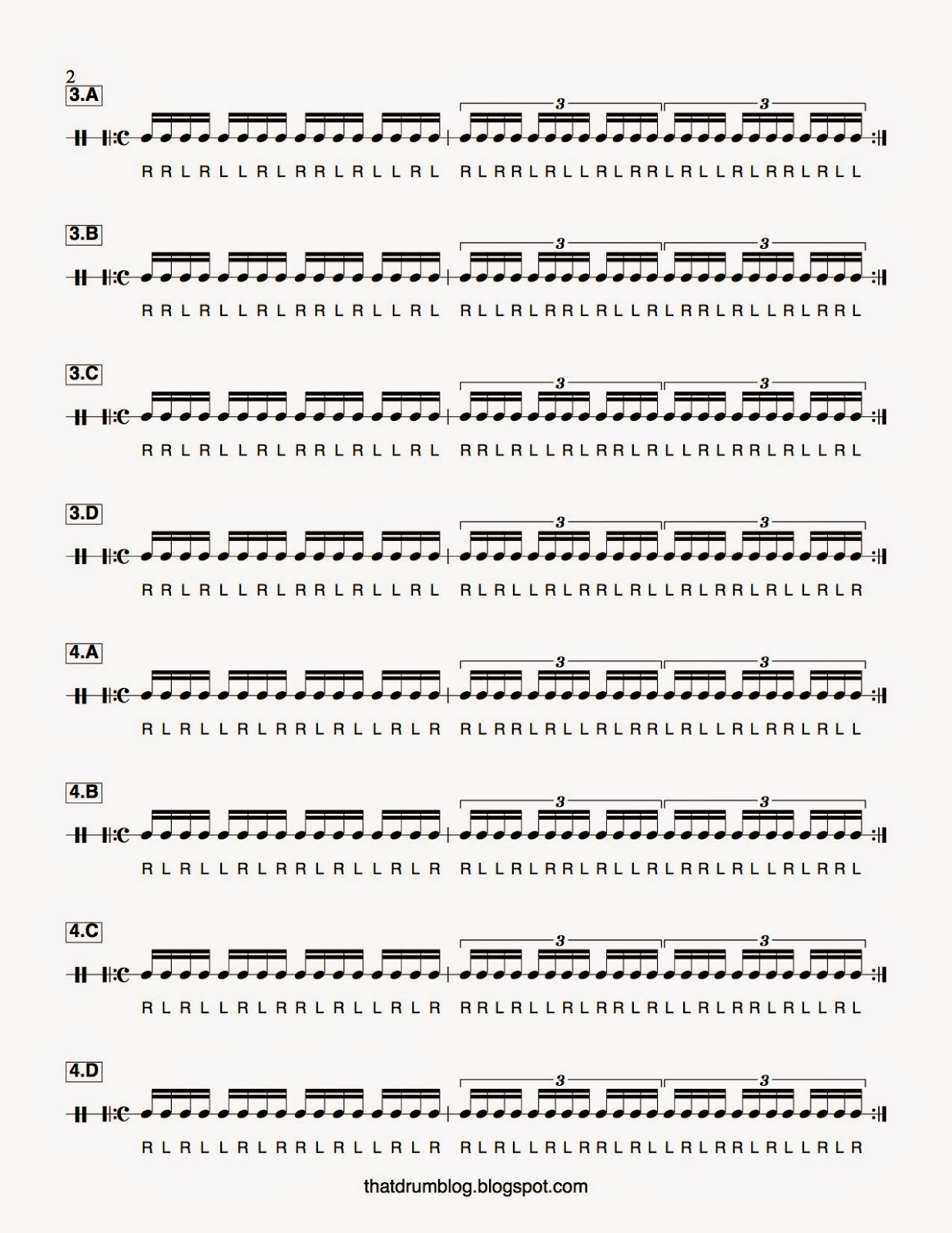