Anymore, the seats on planes are so close together that you can’t even open a laptop far enough to see the screen.  Luckily for me, I had an empty seat next to me on the plane to Tokyo and was able to stretch out and get a little work done.

This album has special meaning to me.  It’s the first jazz record that I clearly remember blowing my mind.  And I mean to bits.  You may remember this story from a previous post.  As a young kid who was pretty good at the drums, but not quite understanding the breadth of the listening aspect, I had a teacher who started laying all kinds of records on me.  Each week he would give me a list of albums to check out, and one of the first ones I picked up (from Columbia House, thank you very much) was Eliane Elias Plays Jobim.  The second I hit play on this record I thought, “What the hell is happening?!”

DeJohnette, and the whole band, really, find the perfect blend of traditional samba with a modern jazz or ECM vibe.  There’s a subtle feeling of the samba swing and a definite emphasis on “e” and “a”, as well as syncopated phrases reminiscent of many Brazilian rhythms but without being overly idiomatic.


One of my favorite things about the playing on this whole record, and in much of Jack D’s stuff in general, is the connection between his limbs.  No one limb is carrying the groove while the others comp.  Rather, the time, feel, and comping come equally from all four limbs at the exact same time, which is what initially blew me away about it, and still does for that matter.

There is a lot of great practice material in here for developing your own sound, but I wouldn’t recommend trying to take the individual limbs apart as they are so connected, and each voice really relies on the other.  Instead, think of each measure as an exercise in itself.  Take the ones that you find particularly tasty and loop them until they’re comfortable.  Swap them around in different orders.  Mix part of one bar with part of another.  Once you’re comfortable with a handful of them, try to weaving in your own ideas.

The transcription starts at the pickup to the first chorus of piano solo.  Around 1:06. 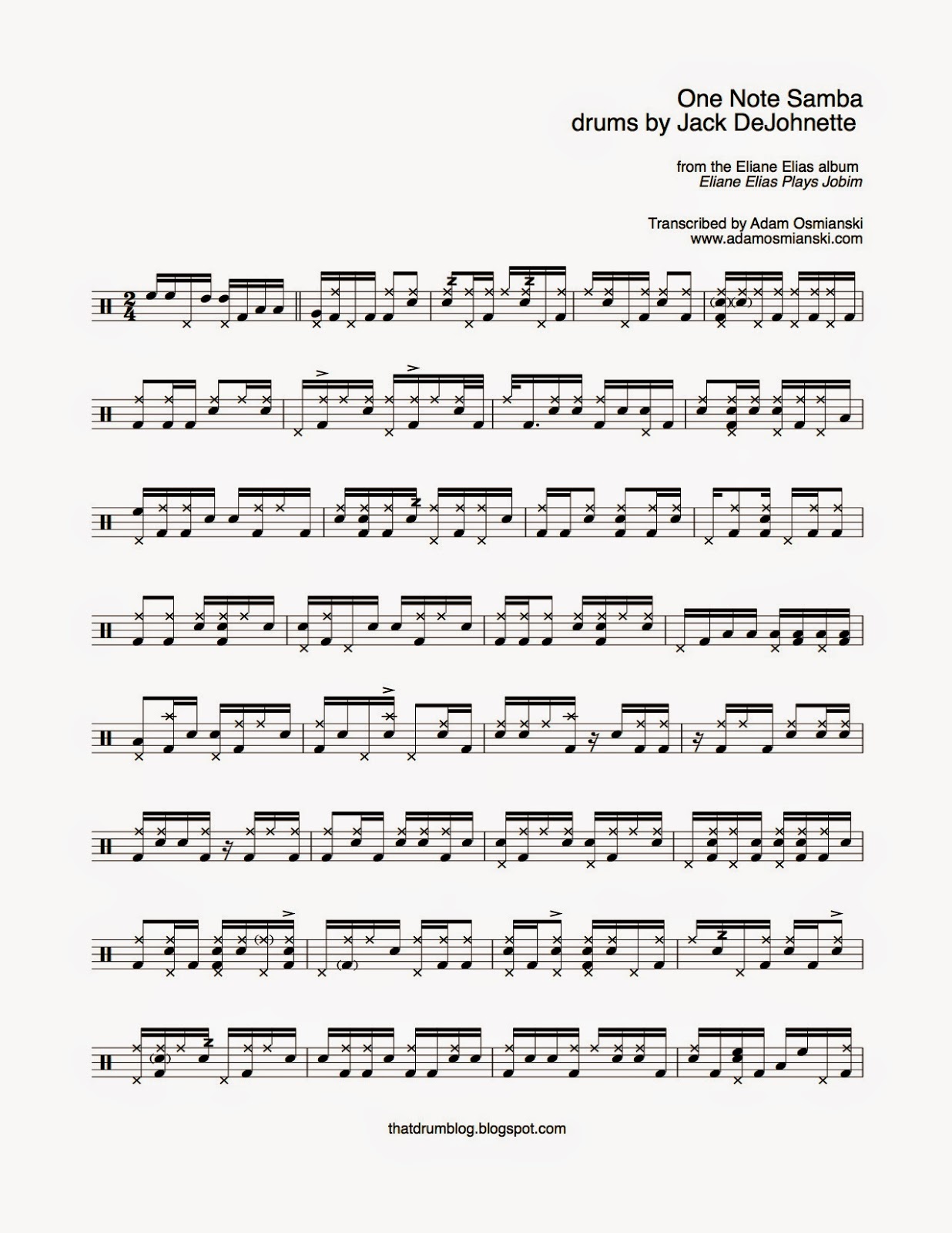 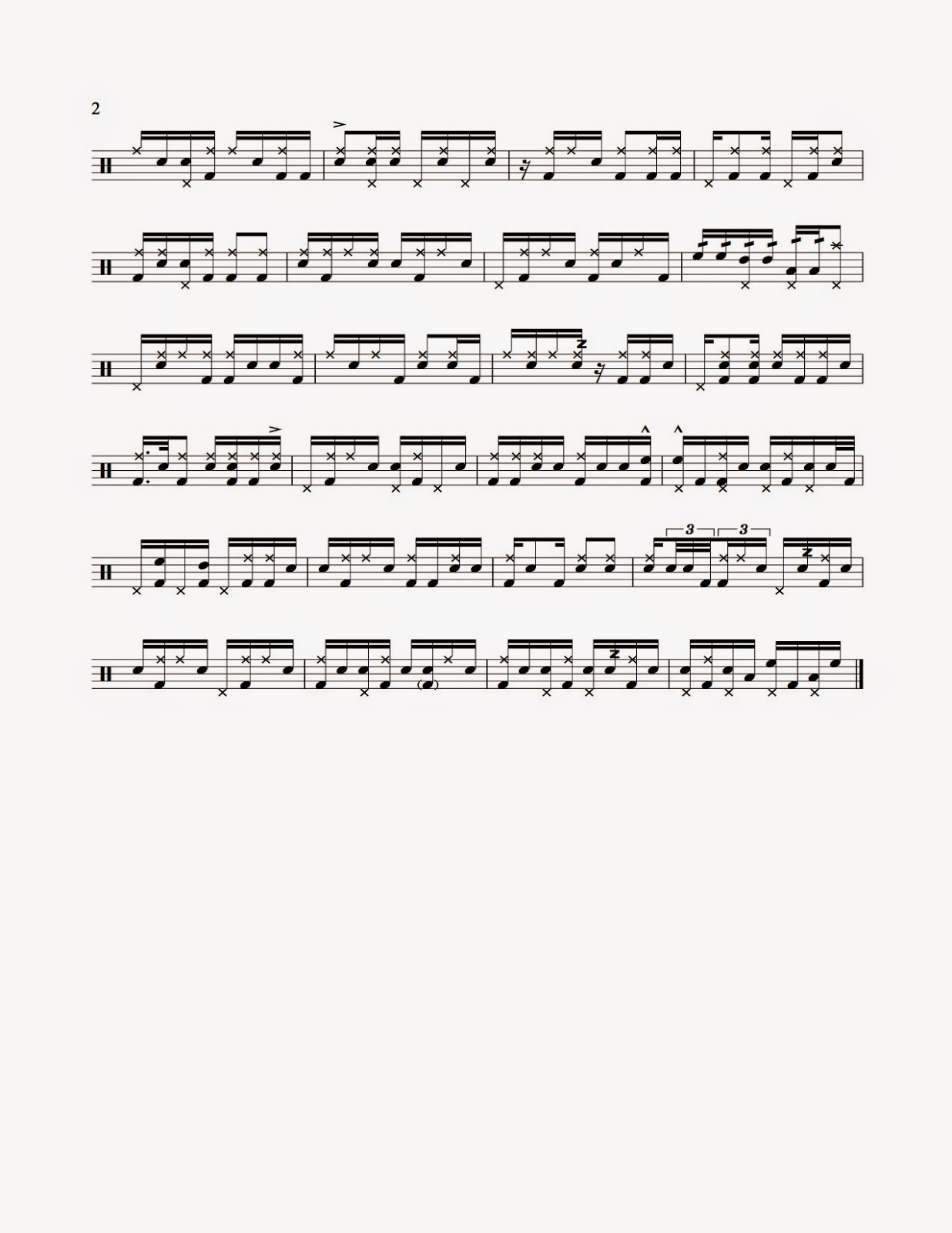 On the road again

Well, gang, in less than 24 hours I'll be on my way to Asia with my group The Georgetown Trio.  I'm flying from Pittsburgh to Hiroshima, Japan, and from there we'll be visiting 3 cities in Korea, 4 cities in China, and finally Hong Kong before heading home.

I'm going to try to finish some projects I've been working on during the travel time, but with gigs most nights, sight seeing, and eating killer food I'm not making any promises.  If nothing else I'll post some pictures from the road.

In the meantime, look over to the right hand side of your screen and dig through the archives for some posts you may have missed.  Shoot me an e-mail if you'd like any PDFs.
Posted by Adam Osmianski at 1:44 PM 1 comment: