I recently received an e-mail from the very nice people at a company called Makers4Good, asking if I would demo their new product.  In the past I’ve turned down product review requests for items I really don’t feel I would use or my students could benefit from.  This device, however, sounded pretty interesting, so I thought I’d take it for a spin.

The product is called Backbeater, and the idea is actually very simple.  A basic piezo trigger is connected to a metronome app that they developed.  The trigger is used to access the tap function on the metronome.  That’s about it.  Pretty clever in it’s simplicity.

In the box you get the trigger, and a splitter allowing you to connect the trigger to your phone or tablet while also having your headphones connected.  This is available on their website for $69.95.  The app is downloaded separately for free. 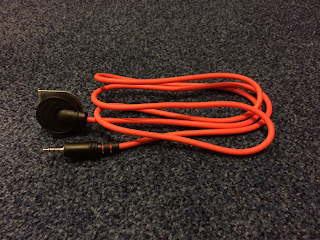 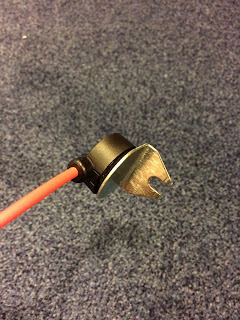 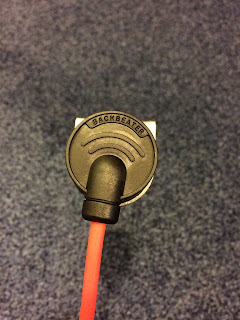 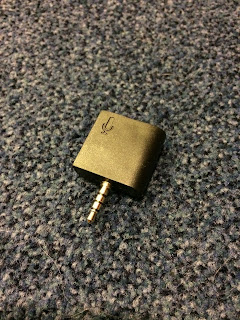 To connect the trigger you simply loosen one of your snare drum tension rods, slide it under, and retighten.  While this does work, I found it a little surprising that the attachment mechanism wasn’t on the device itself like many other triggers, allowing you to quickly attach and detach it.  It’s not a huge deal, but it would be nice to not have to mess with your snare tuning to connect it.  It would be extra cool if the attachment mechanism were a more generic type of clip, which could then be attached to something other than a snare drum.  If it could attach to a hi-hat, for example, it would be great for other styles of music, like jazz. 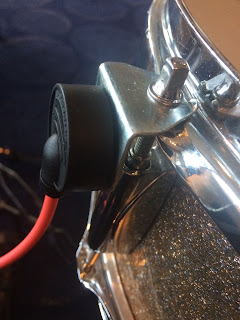 Once the device is connected you’re pretty much ready to go straight away, though you may need to take a few minutes to get it dialed in to your style of playing, and set your options as you’d like.

There is a sensitivity setting which allows you to play ghost notes without having the app pick them up.  As I spend a lot of time playing jazz I was kind of hoping that I’d be able to play with brushes and have the trigger pick up the back beats only.  Unfortunately, with even the most sensitive setting it only picked up the strokes with an unmusical snap played very close to the trigger.  So it appears that this is a sticks only device.

At first I had some problems with false readings from my leg bumping the wire.  It was only then that I realized that the cable could be rotated, allowing more freedom in terms of where the device is placed. 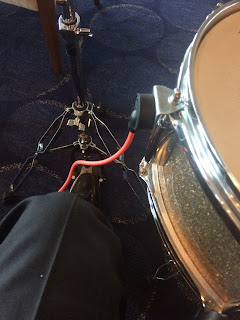 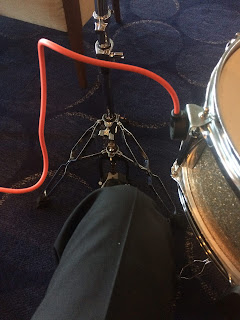 In the app, along with sensitivity, you can set your desired “window”, as they call it.  The window they are referring to is the window of time over which your strokes are measured.  So, a window of 2 measures every two beats, meaning it’s telling you exactly where you’re playing; very accurate, but completely unforgiving.  A window of 4, on the other hand, takes the last four beats you played and displays the average tempo.  This, therefore, is not accurate down to the exact BPM, but is a little bit forgiving, which could be useful for younger players. 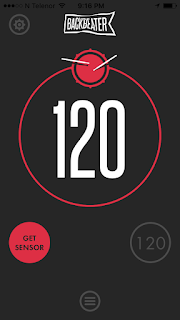 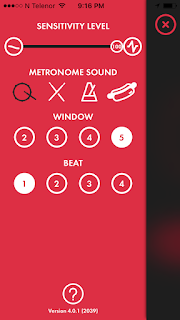 The “beat” setting allows you to set how many beats per bar you wish to measure.  For example, at a beat setting of 2 you can set your tempo to 120, but only measure beats two and four.  The app will still read 120 rather than 60.  Another feature that is nice for younger players.

The app also allows you to create a setlist of preset tempos and name them, which could come in handy in live settings if you play to a click.

All in all I think this is a cool product with the potential to be even better the more they continue to work on it.  Professionals can certainly make good use of it for fine tuning their tempos; for example I found that I often fluctuated by a few BPM when switching between swing and “latin”.  But I feel it would be most effective for less experienced players with the aid of a teacher.  If you are interested in Backbeater, you can find more information, and purchase it at https://makers4good.com/backbeater

Thank you to Makers4Good for letting me check out their device.  Great work, team!
Posted by Adam Osmianski at 5:28 PM 2 comments:

The folks at the Omnibus Theatre, in Clapham, London have asked me to put together a list of Brazilian records ahead of our show on Sunday. Check it out if you're looking for some "new" music. 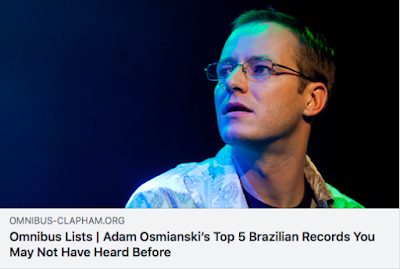 Posted by Adam Osmianski at 5:42 PM No comments: