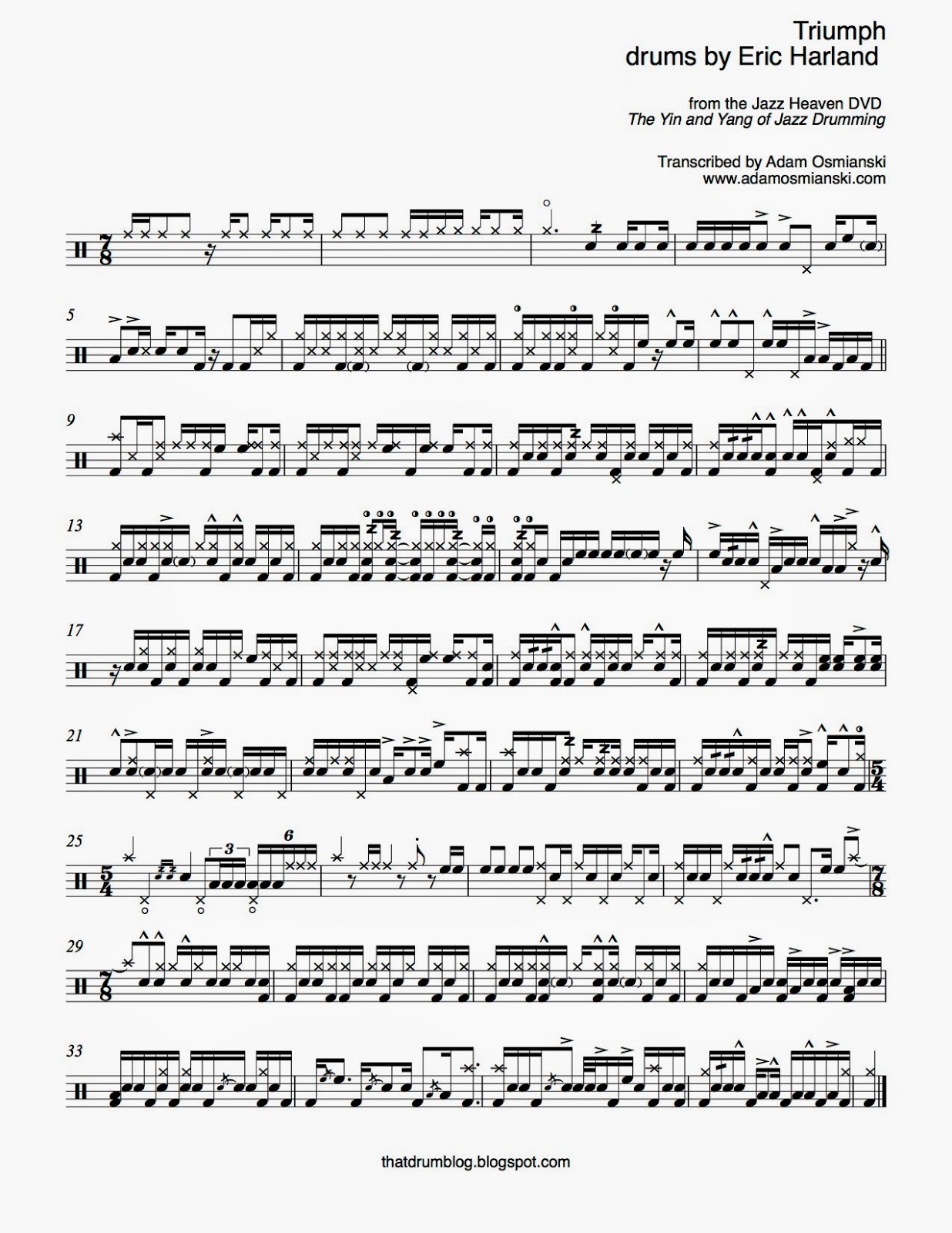 So get started with this first page and get everything you can out of it.  Maybe one of these days I'll revisit this piece and transcribe more of it.  Then again, maybe I won't.
Posted by Adam Osmianski at 2:41 AM 2 comments:

Transcription - Jorge Rossy, "I Didn't Know What Time It Was"

Jorge Rossy was, in many ways, my introduction to modern jazz drumming.  I had come to the jazz game somewhat late and had only heard a smattering of records by the time I had left high school.  When I was about 17 a teacher of mine gave me some Coltrane and Miles records, some Weckl, and I had a killer Eliane Elias record with Jack DeJohnette on it.  It wasn't until I began playing in a trio with pianist Tay Cher Siang a few years into college that I really started to discover all of the great music that was happening in the late 90s and early 2000s.  Siang brought a Brad Mehldau record into rehearsal one day.  I don't even remember what tune or record it was that I heard first, but I do remember hearing Rossy, and thinking, "this is BAD ASS".  I had never heard anything like it before.

One of my favorite things about Jorge's playing is that he rarely seems to use extreme ranges of dynamics, yet is somehow able to constantly build intensity throughout a piece.  He's never inaudibly quiet, and never really bashes.  He exudes a sustained intensity that just seems to simmer, never getting cold, and never boiling over.  It's a level of taste and control that I strive for.

Between 1997 and 2001The Brad Mehldau Trio released a collection of 5 albums entitled The Art of the Trio, that certainly will be (if they're not considered so already) classics.  All three musicians inspired an entire generation of players on their respective instruments.  Go to any club or jam session today and you will certainly hear the influence of these records.

One of my favorite cuts from the the Art of the Trio discs is the first tune from the first album, Mehldau's arrangement of the Rodgers and Hart song, "I Didn't Know What Time It Was".

Although Larry Grenadier's bass line and Rossy's comping sound quite syncopated and jagged, it is important to note that what really carries the time throughout is the ride cymbal.  With very few exceptions, Jorge is playing the ride on every single quarter note, driving the tune forward just as you would on a hard bop tune.

There's a lot of really subtle stuff going on in here, which is very cool, but may defeat the purpose of learning it if you dive right in and worry about every last little note from the get go.  The best way to approach this is to play the ride cymbal part for awhile first before learning the accompaniment part.  Listen to the track multiple times, play the ride cymbal along with it, and find the pocket first.  Then add the other parts. 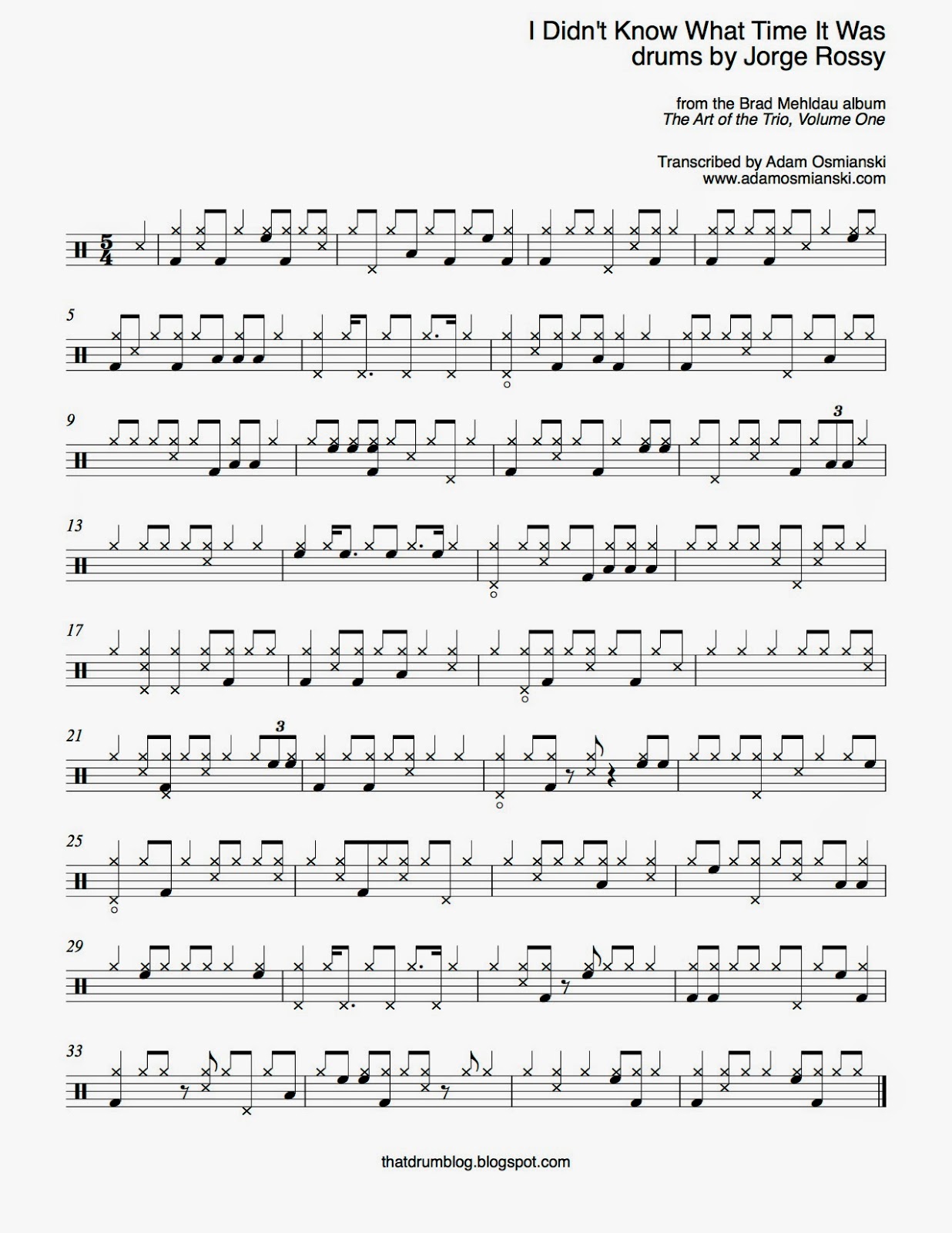 The album version of the tune isn't on YouTube, so you'll have to Spotify it.  Or better yet….

Posted by Adam Osmianski at 11:20 PM No comments: